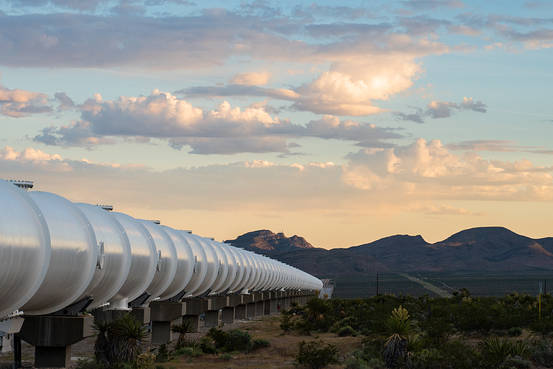 Virgin Hyperloop, the California effort to build electric trains that can run at more than 500 miles per hour on magnetic tracks. Elon Musk posited the idea and since then companies have tinkered with it, including a subsidiary of Richard Branson’s transportation empire.

These trains can create super-fast connections between large cities, making them more time efficient than commercial flights. Virgin estimates that tube travel between New York would take 1:22 versus 4:24 by plane. The company says that the train would travel 671 mph versus a an airline jet’s 522 mph.

This is, of course, a massive infrastructure project costing hundreds of millions of dollars. It promises great rewards in reducing travel time and congestion on highways and in the air.

The article reads in part, “Autonomous vehicles could be delayed by just such regulatory bottlenecks, but Hyperloop seems to be moving forward (at 500 miles per hour!), with no obvious roadblocks.”

The time savings could include the fact that a hyperloop train could deposit a traveler in downtown New York versus LaGuardia or JFK, which would require additional time to reach to Manhattan. In Chicago, O’Hare is almost an hour from downtown.

What’s the future like for hyperloop trains? Read this Barron’s article and let me know what you think.